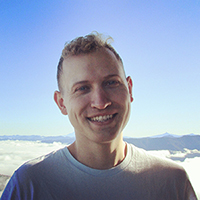 Felix was a postdoctoral research associate in the State Fisheries Genomics Lab under the direction of Dr. Kathleen O'Malley from January 2018-October 2019.  His primary research centered on population genomic variation in Pacific albacore tuna (Thunnus alalunga) and investigating potential implications for the fisheries management of the species. Additional areas of research during his time with COMES included neutral and adaptive genomic markers in Arctic charr (Salvelinus alpinus), otolith shape and genomic variation in Deacon rockfish (Sebastes diaconus) and sex identification markers in eight species of rockfish (Sebastes).

Felix has gone on to a new postdoc appointment at the University of Otago in Dunedin, New Zealand, where he is testing the ‘founder takes all’ hypothesis on earthquake uplifted shores in New Zealand and Chile using population genomics and phylogenetics.