Research in Michael Banks' Marine Fisheries Genomics, Conservation, and Behavior Lab centers on the application of population genetic and genomic principles towards a better understanding of processes important to the management, utilization and conservation of marine fisheries. Michael’s lab focuses on genetic characterization of natural populations, fishery subjects and aquacultural species. The research determines specifics pertaining to hybridized, admixed, or recently diverged populations, population membership of mixed fishery samples, and individual unknown samples from various contexts (such as water diversions). The Banks lab also applies genomic tools to learn how fish (or other creatures important to the fishery food chain) orient in space and time, as well as relative to olfactory stimuli, and how these findings relate to their interaction for mating, migration, response to environmental variability, etc.

Current projects in the Marine Fisheries Genomics, Conservation, and Behavior Lab are diverse and include the following: 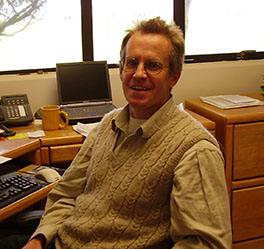