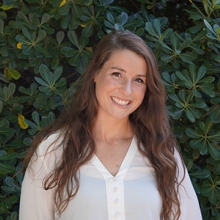 I am a Cooperative Institute for Climate, Ocean, and Ecosystem Studies (CICOES) fellow working with Taylor Chapple (OSU), David Huff (NOAA Fisheries), and other mentors and collaborators to determine the foraging ecology and ecosystem impact of salmon sharks in the Pacific. Specifically, I use a combination of stable isotope and stomach content analyses, population and species distribution models, and biologging to quantify the top-down influence of these apex predators on high-value fish stocks in the Pacific Northwest and Alaska.

Prior to this position, I completed my PhD in Animal Behavior at the University of California, Davis. There I studied the effect of temperature on predation risk of salmon, and used spatial models to contextualize sevengill shark movement and basking shark distribution in and along the California coast.