Chris Langdon's aquaculture research focuses primarily on molluscan shellfish, marine fish larval nutrition and sea vegetables such as dulse. Started in 1996, the Molluscan Broodstock Program (MBP) has had major impacts on oyster aquaculture in the Pacific Northwest and beyond. This program used genetic selection to create families of oysters that are larger and faster growing, leading to greater yields - most major oyster producers in the Pacific Northwest now use seed from MBP broodstock  in their operations. Current shellfish research also involves breeding for disease-resistance and use of probiotics and phages to control disease. Research in Chris’s program also focuses on bivalve and finfish larval nutrition using microencapsulated nutrients.

Chris' research involving the sea vegetable dulse, a nutrient-dense, bright red marine algae, has been well documented due to the bacon-like flavor of one specific variety when fried. Oregon State University has patented this particular strain, which has a high content of protein (20%), vitamins, and minerals. Dulse also grows very quickly in recirculating aquaculture tanks, which means that it could be part of the solution to feeding our rapidly increasing global population. 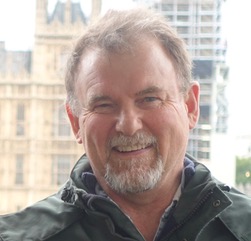 "The Oyster Industry in Oregon:  Its Challenges and Its Potential", a summary overview by Bruce Sorte, OSU Economist (2010)